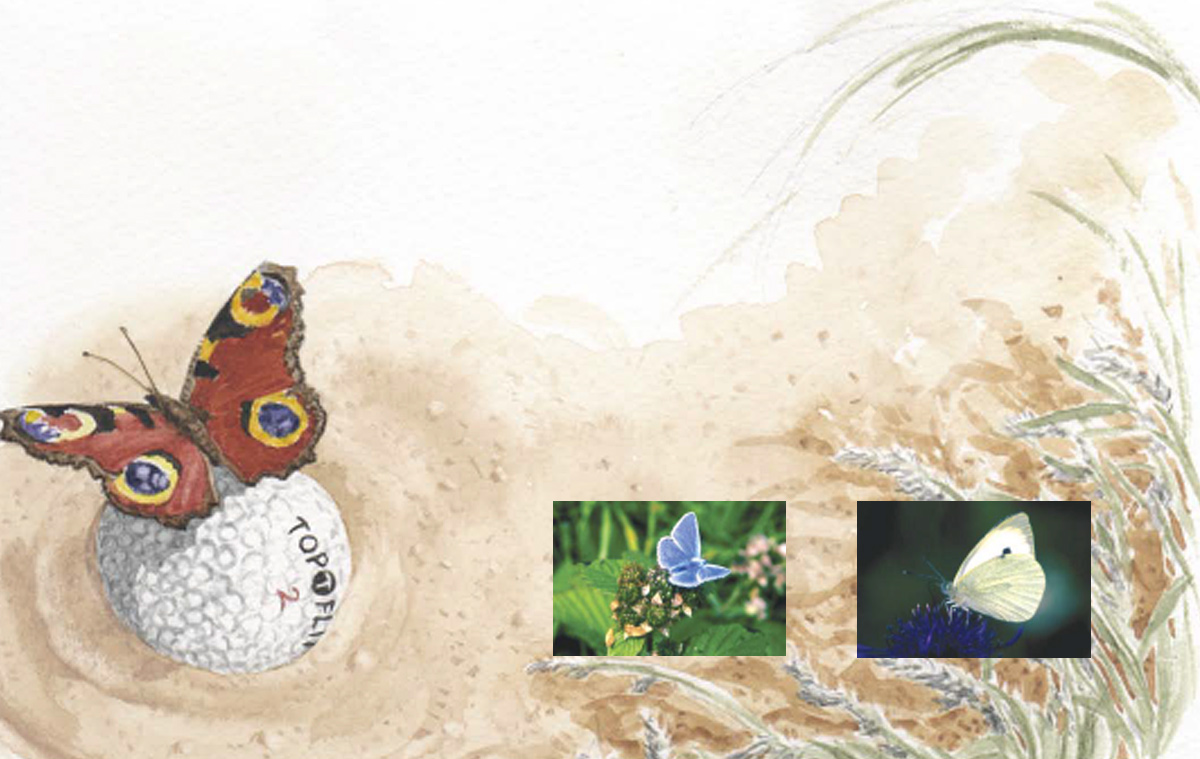 A rich and diverse ﬂora implies a similarly rich insect life. Butterﬂies, the showiest of the insects are the clearest indicator of this connection. Not only do butterﬂies feed on the nectar of ﬂowers but they are also a fundamental element in their reproductive cycle. Sunshine brings butterﬂies to life. When the sun’s rays illuminate and heat the slopes and hollows of the links butterﬂies like the small, green- veined and large white (often called the cabbage white) become active sometimes ﬂuttering distractingly near the wayward golf ball. It is however the less obvious species such as the common blue and the tan-coloured small heath, that are most interesting.

These are generally found in close proximity to their food plants, birdsfoot trefoil and meadow-grass. One to look out for, one of Ireland’s scarcest butterﬂies, is the small blue. This tiny slate-coloured species is associated with its larval food plant, kidney vetch, a common species in the dunes. Occasionally a ﬂicker of red and black shows at the ﬂowers. This is actually a day-ﬂying moth – either a burnet or a cinnabar. The red and black colour is a warning – ‘Don’t eat me’. Toxins extracted from their food plants render these moths poisonous to predators. The dunes support other less colourful moths and a multitude of micro-moths, too small and too numerous to mention.