The South of Ireland Championship 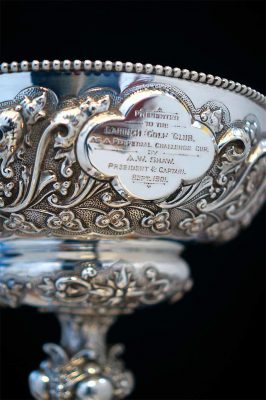 In 1895 Alexander Shaw, one of the founding fathers of Lahinch Golf Club donated the first cup for the South of Ireland Golf Championship. The “South” is an open amateur event and the oldest provincial golf championship in Ireland. In the early years many of the competitors came from the British Isles and when Fred Ballingall from Glenalmond in Scotland won the Championship for the third time in 1900, he was allowed retain the original trophy.  In 1901 Alexander Shaw presented a second South of Ireland Championship Trophy.

With the exception of the period 1914 to 1919 (First World War) the trophy has been competed for every year at the famous Lahinch links. A number of players who went on to become Professional Golfers and represent Britain & Ireland in the Ryder Cup won the event.