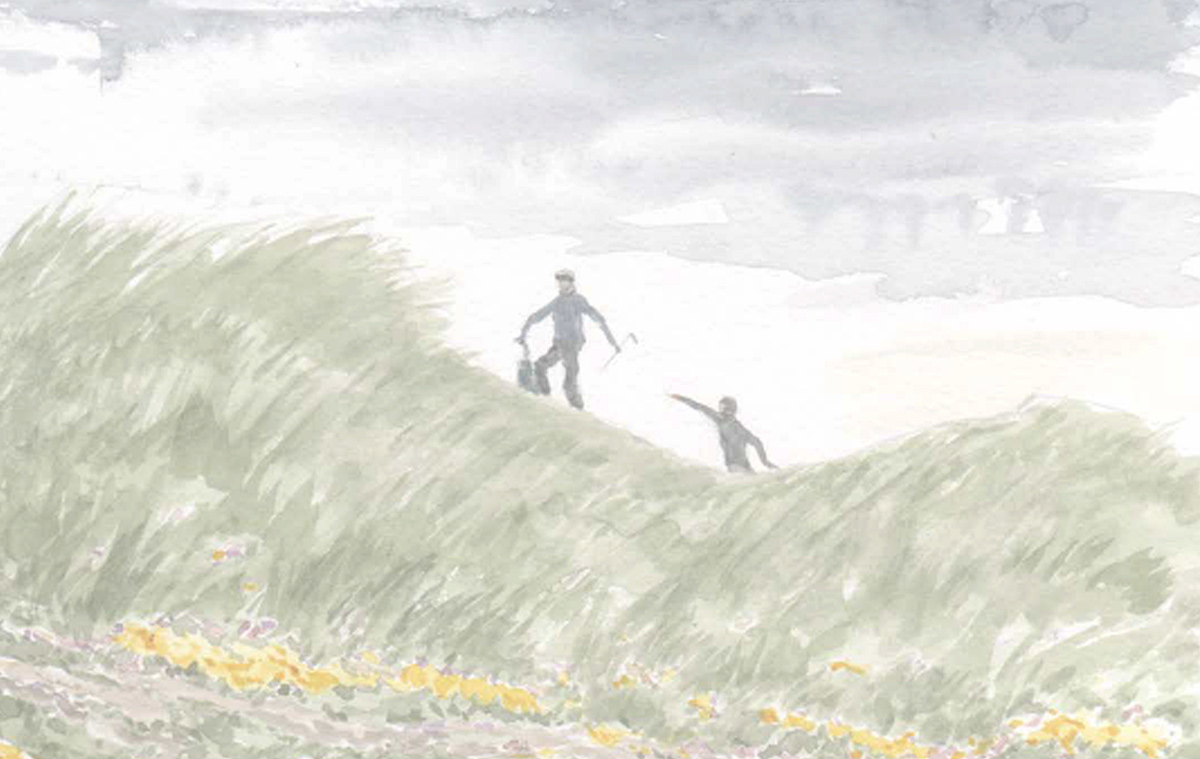 Whoever referred to golf as a ‘good walk ruined’ was clearly neither an optimist nor a naturalist. Who doesn’t admire the golfer, apparently unaﬀected by frustration, delighting in the meandering that comes with failure to master the game. Such a stalwart is happy to ﬁnd their ball oﬀ the fairway in the ﬂower-spangled rough: others can have the success; the circumstance of golf is enough. Most of us are less stoical, inclined to the odd expletive, but have learned in the outdoor classroom of the course to take the bitter with the sweet and thus grow with the game. Part of this is taking time ‘to stop and smell the ﬂowers’.

This booklet is not designed for the compulsively disappointed (though it might help them). It is aimed both at those who are already aware of the ecological compensations of golf and also at the uninitiated – optimistic – majority. It is a little celebration of coexistence – of human activity with nature’s agenda – a microcosm of a universal relationship.

There are those, of course, who don’t see it that way. On the one hand, the natural world is seen simply as a backdrop to human aﬀairs, to be used and abused as the need arises. Thankfully, that simplistic, often destructive view is not so dominant nowadays. In another perspective man becomes the callous destroyer of innocent nature: the development of a golf course, the conversion of pristine, ecologically rich habitat into barren wasteland.

While it is diﬃcult to empathise with the thoughtlessness of the former view, one has to have sympathy with those espousing conservation. There is no denying that pressure to satisfy the ever-increasing demand for golf has resulted in decline in wild dune systems. Legislation to protect our remaining wild places, including dunes, could not have come at a better time and the future for conservation is bright. However, the notion that golf courses are incompatible with nature conservation is clearly without foundation. Indeed golf courses often act as sanctuaries for rare and endangered species – witness the important natterjack toad habitats carefully protected at Dooks golf course in County Kerry. Not that Lahinch has such a celebrated wild inhabitant. Lahinch’s ecological importance centres on the diversity of its ﬂora and fauna and the wild, relatively unmanaged circumstance of its existence there.

The links are replete with life. On a sunny summer’s day they are a delight whether one is playing golf or not. Marram grass on the dunes sways constantly to the rhythm of the wind while skylarks and meadow pipits ﬁll the sky with their songs against a changing backdrop of white on blue. Hares scurry timidly away while swallows and sand martins, hawking for insects, swoop brazenly around the feet of golfers. Quiet sheltered dune sides and hollows support lush carpets of wild ﬂowers – yellow trefoil and kidney vetch, blue milkwort and violets, red orchids . . . and close at hand an equally gaudy supporting cast of bees, day-ﬂying moths and butterﬂies. Its all there if one takes the time to look. In winter golf can often be a case of ‘battening down the hatches’ particularly on a course as exposed as Lahinch. ‘Ah but that’s the real challenge’, assert the devotees and who can argue. Wildlife also keeps low and there is less engaging prettiness, the dune ﬂowers having died back until next season.

Bats and some butterﬂies have gone into hibernation but nocturnal predators such as foxes reveal their presence by their footprints in the soft sand. The winter links take on diﬀerent ecological emphasis with more birds on show. Flocks of wading birds –oystercatchers, curlews, redshanks – ﬂy up from shore and saltmarsh to roost in more sheltered circumstances on the fairways. Crows and starlings scavenge along the high tide line. Cormorants ﬂy low, to and fro along the river and the ever-present grey heron takes up position, stick-like, at the side of a creek. It would be wrong to regard this booklet as a comprehensive key to the nature of the area: it is not a ﬁeld guide. It would be impractical to fulﬁl this role given its limited requirement. Nor is it intended for the scientist or natural historian – though it may be of some use to them. It is primarily for the ordinary, open-minded golfer interested in gaining a more meaningful experience of the natural surroundings of the links at Lahinch.

The format is more illustrative than wordy, highlighting on the dominant species – those likely to be encountered in the course of a round of golf. There is however, enough background information for the enthusiast to consult afterwards, perhaps in the 19th! Keep your copy in the golf bag. You never know when it will come in handy – perhaps when you have given up on the wayward ball that disappeared into the marram grass and you are seeking consolation!