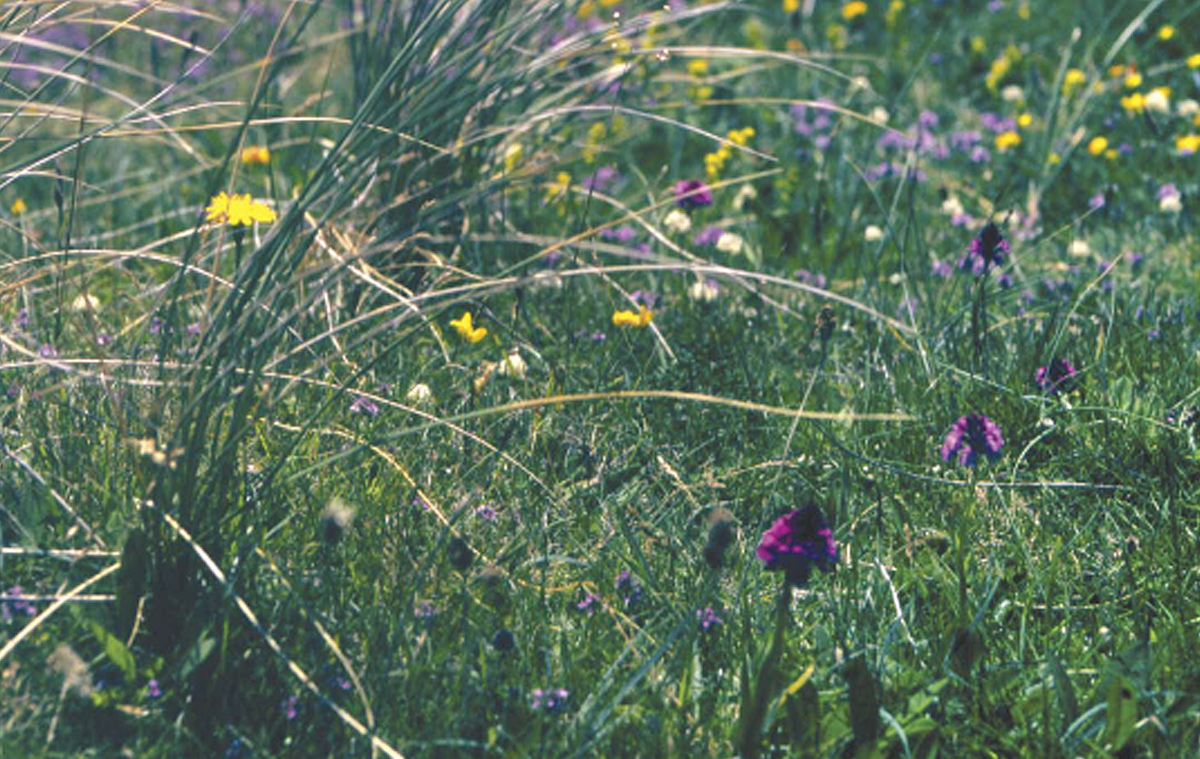 Though predominantly sand dunes, the hundred or so hectares of the links comprises a variety of sub-habitats and is adjoined by other major habitats. The tees, fairways, greens and bunkers of the course proper, being ‘people-frequented’ are in general less ecologically interesting than the wider, undisturbed areas. Similarly, the clubhouse grounds and maintenance areas are also of less signiﬁcance, though, if you are a bird watcher, not to be entirely ignored. The ‘oﬀ the fairway area’ with its rough, natural humps and hollows, small wet places etc., is where most of the wildlife resides. Though not part of the course proper, the estuary of the Inagh River and the sea and beach alongside the course, signiﬁcantly complement the dune system. In the former case the tidally inﬂuenced saltmarsh provides a remarkable, ever-changing wildlife background to the Castle Course.

The castle itself, once intact and occupied by humans, is now ruinous and a habitat for wildlife. The seaside, in view for much of the Old Course, ﬂanks the western side of the links peninsula. Here roosting gulls, cormorants, waders and other seabirds can be watched from the elevated position of many of the tees and greens. The boulder defences along the course perimeter, though artiﬁcial, act as a linear habitat for perching birds. They also provide access for wandering animals such as the fox and otter whose footprints can be seen nearby.